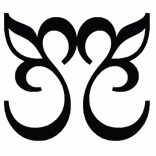 Sundress Publications announces the release of Mackenzie Berry’s Slack Tongue City, an ode to Berry’s hometown —Louisville, Kentucky. This debut poetry collection acts as a  love letter, paying homage while also tracing the joys and dangers  of nostalgia for place. Glasses of bourbon in summer, jug bands,  disco balls, and homemade pools quenched from the mouth of a  garden hose populate the poems with memories and longing.

Slack Tongue City says Louisville is the South because it says it is  while simultaneously inviting you to join for supper and see what  the syrupy, Kentucky heat is all about. Forget what you think you  know about this city—or if you know little, then here is the place  to see it through the eyes of someone who loves it dearly. These  poems will show you what hides behind the rolling hills. Beyond  one city or one region, Slack Tongue City also draws the reader  through poems that include the rituals of girlhood via a speaker who, even though they may leave, will never fully  be removed from their hometown.

Joy Priest, Louisville, Kentucky native and author of Horsepower, writes that, “Slack Tongue City is an  archive of a city, fast-changing due to a growing tourist industry and the arrival of gentrification—and  this voice from the interior is a precious repository of memory. In these poems, the ways we talk and  the ways we tradition—the ways we myth and memory, eat and escape, pass jokes and parade—live forever.”

Amaud Jamaul Johnson, author of Imperial Liquor and Red Summer, writes that, “Berry makes the case  that Louisville serves as our shadow capital…As vital as the liver or the spleen, and equally  unacknowledged or abused, until one is at the edge of catastrophe, Kentucky is central to our American  body politic. Like Komunyakaa’s Bogalusa and Levine’s Detroit, Berry masterfully sketches the  anatomy of a city. This debut is an invitation, but the keys to this world are carefully hidden.”

Quan Barry, author of Loose Strife, calls it, “Lyrical in its hard-won authority, clear-eyed in its  portrayal of Southern life…A percussive debut.”

Pre-order your copy of Slack Tongue City on the Sundress website.

Mackenzie Berry is the author of Slack Tongue City, which traces her hometown —Louisville, Kentucky—the South, place, girlhood, and belonging. Her poetry has  been published in Vinyl, Up the Staircase Quarterly, Hobart, and Blood Orange  Review, among others. She is pursuing an MFA in Poetry at Cornell University.

All work published at Sundress or any of its publications retains the author's original copyright and may not be reprinted without the author's express written consent.